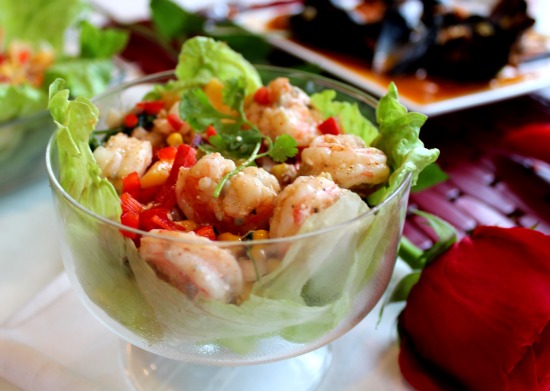 I'm sexy and I know it! I can't think of a better combination then shrimp, fresh mango and roasted corn with a hint of lime and cilantro topped with chili pepper and mayonnaise.....now that's hot! Wait, I didn't add the mayonnaise!  But you could not taste the difference.

I first had a similar combination of this at a feast in Brooklyn.  A Mexican family was selling grilled ears of fresh corn smothered in mayonnaise and sprinkled with lime and cotija cheese and chili powder. I could not believe the joy I got eating this corn.  In fact, I don't remember much more about the feast.  In any event, this corn is called Elote. I have made my own version over the summer during BBQ's but without the mayo.  Here I used similar ingredients but I added a few things and changed the mayonnaise to sour cream.
Read more »
1 comment: 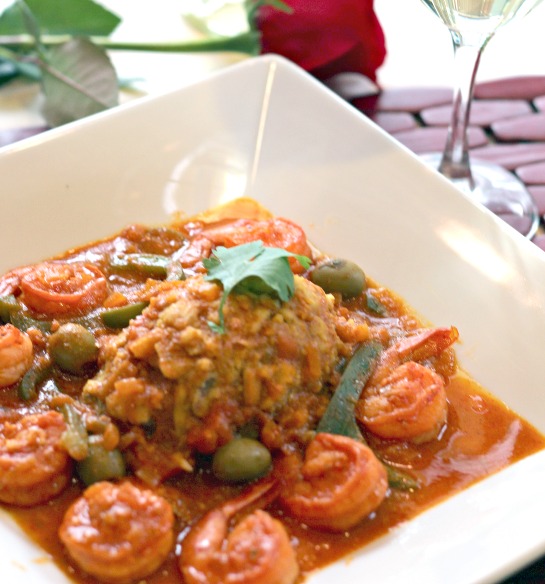 Talk about spicy and hot! I told you in the about me section that certain latin dishes could not be made light.  Making them gluten free is easy enough. However, when I calculated the points on some of my recipes I was so embarrassed I could no longer share my recipes without the disclaimer that I may be putting you at risk for a myocardial infarction....that's a technical way of saying Heart Attack!  So I have decided, thanks to weight watchers that I will make a greater effort to preserve my arteries and those of my family.  This is a very typical dish in Puerto Rico made with plantains double fried in rendered pork fat and stuffed with deep fried pork crackling.  This dish would probably total over 25 points easy.  I created a lightened version and trust me I did not sacrifice taste!


Let's start with the Mofongo.  First of all let me start by saying this is an all time favorite of mine and if you ever visit Puerto Rico or the Dominican Republic it is a must-try typical dish. It is a very versatile side dish and can be topped with almost anything; seafood, meat or even veggies. It's delicious no matter what you top it with.


In my recipe I boil the plantains, mash them in garlic and fat free chicken stock.  I then add an ounce of pork skins in a bag that adds the crunch and flavor without sacrificing the integrity of the traditional dish. 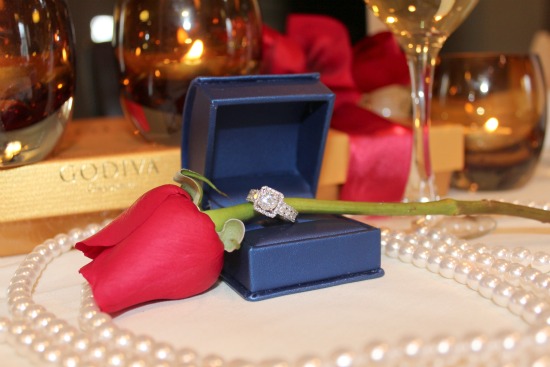 Ahhh, Valentines day is here! A day where people around the world are exchanging candy, flowers and gifts and making reservations to all of these wonderful restaurants who are currently serving "fixed" menu's.  So what are the chances for anyone who is gluten free and on weight watcher's to be able to get a savory dish that is not just green?  I'm telling you, I think we should revolt! I am so tired of eating green food.  Don't get me wrong, I love my veggies and salads but there are days where that is just not cutting it.


Since this is a day of romance and intimacy, why not break out the nice dinnerware and candles and tantalize your partner's taste buds with a delicious meal that is both savory, light and wheat free? add a nice bottle of wine and enjoy the evening without the hustle and bustle. I'll even give you a little conversation starter.  Do you know how the Valentines Day tradition started?  It is a holiday that dates back to ancient times and the rise of Christianity.  There are many legends about it's patron saint, St Valentines.

One legend contends that St Valentine was a priest who continued to perform marriages for young lovers in secret after the Emperor decided to outlaw marriages for single men because he believed single men made better soldiers. When the priests actions were discovered he was put to death.


Another legend claims that the Christian Church may have decided to place St Valentines feast day in the middle of February in an effort to "Christianize" the pagan celebration of Lupercalia which was a fertility festival celebrated in the Ides of February or February 15. Without going into all the details, according to legend, all the young women in the city would place their names in a big urn and the city's bachelors would each choose a name and became paired for the year with his chosen woman. These matches often ended in marriage. 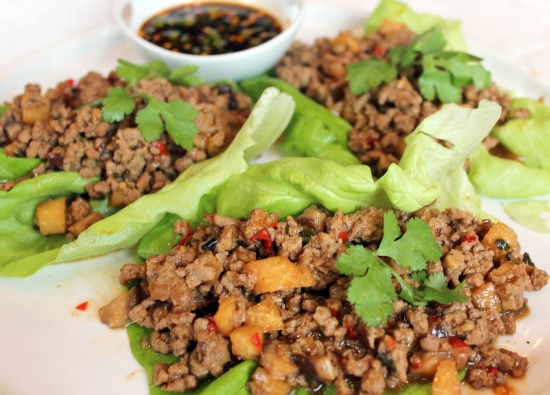 So I was craving PF Chang's gluten free Chicken Lettuce wraps....you all know how it is to be able to eat Asian food again. I think this is the food I miss most of all!  PF Chang's has a nice selection of gluten free foods and I am a very happy camper whenever we venture out there.  It is however, about a 40 minute drive....sheesh, what we gluten free people are willing to do to get our food...lol
Anyway, I decided to try my hand at it and the results were AMAZING!!!  I didn't have chopped chicken so I used turkey.  I had most of the other ingredients except the hoisin sauce, which I wasn't even sure they sold a gluten free version.  I also wanted to find a sweetened saki that a friend told me about called Mirin.  So I did find the ingredients and they had gluten free versions....woohoo!!!
Have you ever heard of chino-latino food? well, let me tell you about it, it is a very special fusion of chinese and spanish food.  Growing up there was a restaurant on the corner that was called chino-latino. That food was....well just ridiculously delicious....my two favorite foods blended together.  Growing up I thought they were the coolest people ever. After all, they went out of their way to learn the language of the community and cook our food!  Of course as I grew older I learned that spanish was their language just as much as it was mine since Spain had ruled many of the Asian countries and spanish was the language they spoke ....but they were still cool!

Ok so back to my Turkey wraps...the reason I wanted to share that information is because I made a few changes to the wraps that are not typical.  Instead of using watercress, I used Jicama.  I am loving this Jicama!  I also threw in a little cilantro.  The results was a mouth watering aroma of Chino-latino cooking....yummy!!  The sauce was pure experimentation.....that being said you can delete or even add sauces that interest you.  I am not to fond of the hoisin sauce but it was nice in combination with the others sauces.
Read more »
No comments: