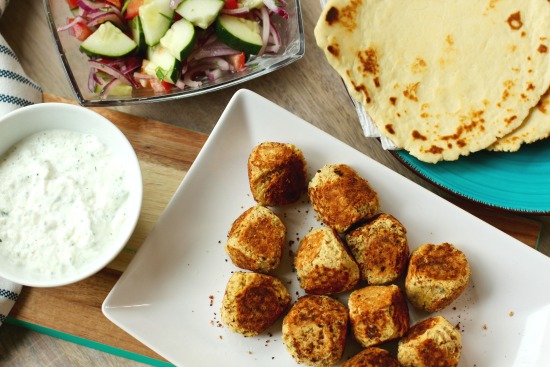 We absolutely love falafels!  Whenever my daughter and I go out to eat Meditarranean food we aim to find gluten free falafels, however, this is not an easy task. Many restaurants use flour as a binder. I have been trying to make these delicious little balls of chick peas and spice for some time now.  This is probably my fifth time trying and finally I got it right!

The problem I had was getting the right texture so that they do not fall apart when you cook them.  I also wanted to make them light so my goal was to bake them.  However,  no matter how many times I tried they were just super dry.  I mean they were edible but that's not enough for me. 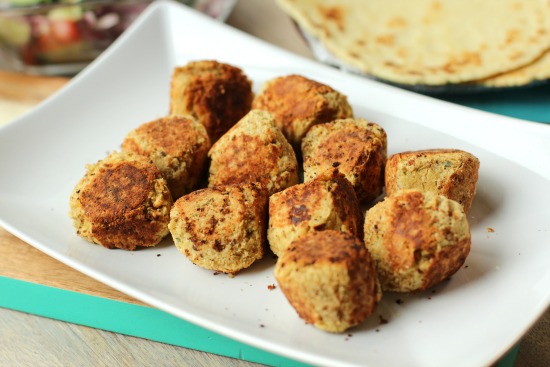 I like the WOW factor! If I can't eat them and then want to stick a piece in everyone's mouth around me for them to taste, then I won't post it.  After several attempts, I have decided that baking them just didn't do it for me.  So I decided to use some canola oil and pan fry them.  Using the oil increased the smart points but they are so worth it.
. 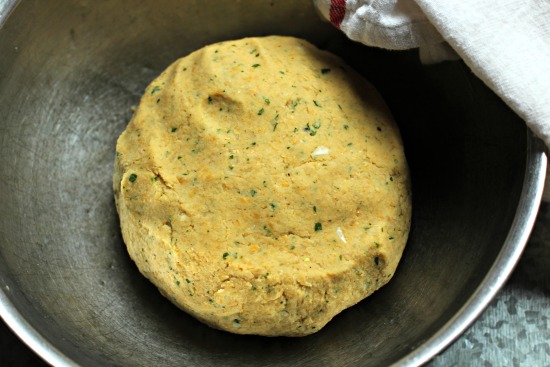 Also,  I made these falafels from dried chick peas not canned.  They are so much better and so much tastier when they are made fresh.  I cooked the chick peas in the pressure cooker for 50 minutes.  As you can see from above, the end result was dough like.  The reason for this is simple.  If you are going to deep fry the falafels then you would not cook the chick peas all the way through, but if you are baking or pan frying them you have to cook it through or it will taste like you're eating sand.  This makes a lot of falafels, 42 balls to be exact.  So unless you're having a party, you may want to freeze half.  I gave my half to my daughter, since she lives on her own now.  She deep fried them and could not stop talking about them. 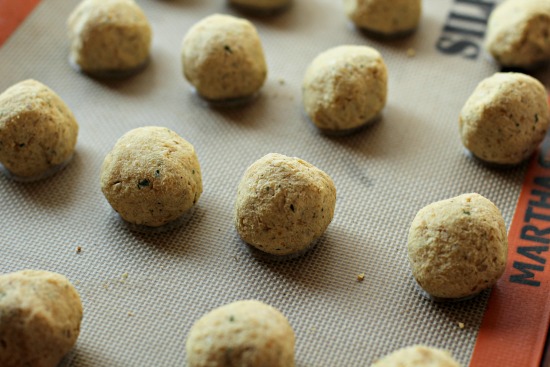 So I cooked them in the pressure cooker, drained the water, added all of the ingredients except for the egg and sesame seeds (I added after) and pulsed it the food processor in batches. When it was done, I added the egg and sesame seeds. I then split the dough in half, gave one half to my daughter and rolled the other half in my hands, into 21 little balls (a little over an ounce). I froze them for 10 minutes.  Lastly, split that into 2 batches and in a non stick pan I added one tbsp of canola oil and pan fried till brown.  So, I cooked each batch (aprox 10 balls) in one tbsp of oil. So obviously, if you want to keep the calories down you would eat this in a salad right?  Hell to the NO!!  Not when I have a batch of Naan dough in my refrigerator and some fresh tzatziki sauce!  I would rather skip a meal and eat all of my calories here! 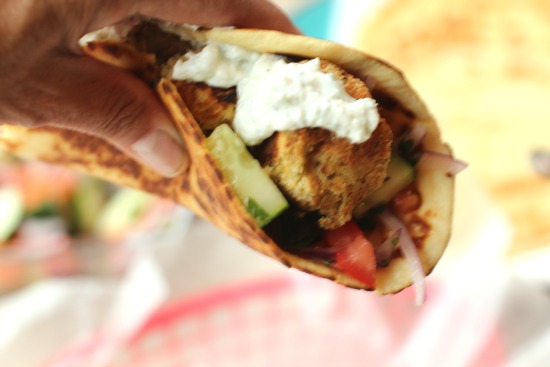 Actually,  the total points for this meal is 11 smart points. Which is very fair for dinner.  I calculated 5 points for three falafel balls, 4 points for the Naan, 1 point for 2 tbsp of tzatziki sauce and 1 point for 1/2 tsp of olive oil my salad.   This was filling and I wouldn't have had it any other way, on that day.  However,  that being said there are days where my focus is on point and the salad and the falafels, topped with tzatziki sauce would be perfect! just not on this day 😜😝

In a pressure cooker add 6 cups water,  the dried chick peas, the garlic cloves and the bay leaves

add all of the ingredients into a bowl except for the eggs and sesame seeds,  pulse in food processor in batches until somewhat smooth.  don't put it all in at once or you could burn it out.

empty the dough like mixture into a bowl,  whisk the egg and then add to the mixture, add sesame seeds and mix well with your hands, form a large ball

freeze half of the dough (unless you're having a party) and cook half. Roll into 21 balls

the dough makes 42 balls total at a little over an ounce each, so half of the dough made 21 balls

freeze the 21 balls for 10 min, heat a non-stick pan till hot. Divide the balls into 2 batches and cook each batch in1 tbsp of oil each, turning them lightly as they brown.  I forgot to time this but it didn't take long to brown. remember the chick peas are already cooked so you're just browning.

PS: I made a side of cucumbers, red onions, and tomatoes, squeezed some lemon juice and added 1/2 tsp extra virgin olive oil to my serving